Contentment is the Secret 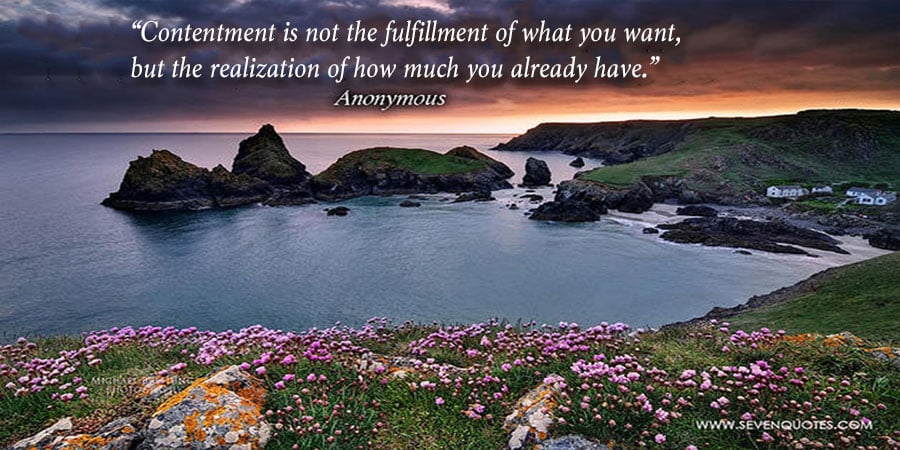 With Valentine’s Day approaching, I’ve been thinking about marriage. In so doing, I came across the story of an old married couple (since they were both over 95, I think it’s safe to call them “old”). It’s a great reminder of the importance of contentment, a key ingredient not necessarily to a successful Valentine’s Day dinner but to a great marriage (and a lifetime of love and gratefulness).

According to articles published in 2012, since John Betar and Ann Shawah said “I do” back on November 25, 1932, they weathered many storms together, but they still greeted each morning with eagerness and gratitude. They lived through the Great Depression, World War II, the terrorist attacks of 9/11, and two powerful hurricanes. As of November 2012, John was 101, Ann was 97, and they were still living in their home. They had five children, 14 grandchildren, and 16 great-grandchildren.

When she was still a teenager, Ann’s father had arranged for her to wed a local man in Bridgeport, Connecticut. But her heart already belonged to another—John Betar. She and John eloped in Harrelson, New York because, as Ann said, “We didn’t have any money to go any farther.” People told them it would never last, but after 80 years, the couple was still happily married.

They each offered some simple guidelines for building a lasting marriage. John said, “Get along. Compromise. Live within your means and be content. And let your wife be the boss.” But Ann countered, “We don’t have bosses.”

Both John and Ann, who are members of St. Nicholas Antiochian Orthodox Church in Bridgeport, Connecticut, acknowledge God as the source of their blessings. Ann said, “How can you not feel God’s right with you and blessing you?” John reemphasized the importance of living with contentment. He said, “We just live with contentment, and we don’t live beyond our means.”

What great reflections from an old married couple! Since so many couples refer to financial stress as one of the major sources of trouble in their relationships, we have much to learn from this elderly couple, who lived with contentment. By cultivating contentment, I think our marriages will improve. Our families will improve. Even our Valentine’s holiday might improve. The Apostle Paul wrote to his protégé, Timothy, “Godliness with contentment is great gain (1 Timothy 6:6).” As we learn to appreciate what we have, rather than focusing on what we don’t have, we can truly be more thankful people. We can be more generous people. We can be more contented people.